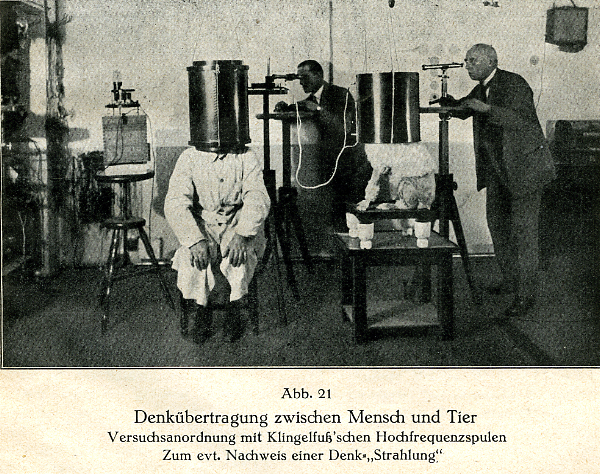 Just found this picture from around 1920. In this telepathy experiment between human and dog Karl Krall (on the right) tried to detect the thinking radiation he assumed to flow between the two. Krall was a rich dealer in diamonds who had founded his very own institute for paraphysical research in Munich. He had also taken care of the famous horse Clever Hans (who performed arithmetic in Berlin in 1904) after his owner Wilhelm van Osten had died. He thought Hans used telepathy and started an elaborate research program but he was wrong: the horse could read the right answers in small unintentional signals given by humans.